The first edition of Falling in Love on Fridays comes from another Lindsey (yay!) that I went to college with. We met during orientation at Appalachian, and we’ve been Facebook buds ever since. She’s beautiful and intelligent — the best combo — and also very kind. I love how her blog below shows how the greatest of relationships looks past all of those insecurities and fears and sees the beauty sprouting from inside. I hope you enjoy her story of how she let herself go and found her amazing boyfriend, Judah. Hope you fall in love this Friday — and if you want to submit your own story, read this. – Linds

It was a college spring break trip to the beach, and he came to visit for two days. At the time, I didn’t think much of it other than he was cute. It wasn’t until later that afternoon, when he was reading a book called The Disappearing Spoon. He read aloud a fact about antimony pentafluoride, a superacid…and I was the only one who was absolutely amazed that it had a pH of -31. I am a cellular and molecular biology major, and it was then that I realized Judah was a chemistry major. I immediately sat down next to him, intrigued about all the science facts he was reading about. We clicked. We spent that entire rainy afternoon talking about science, our goals and aspirations, and that dumb book he had in his hand. I had felt left out that entire trip, and I thought it was so wonderful to finally have someone to really talk to.

Now, I have to mention, I was rocking a broken hand, a chipped tooth, and a cold sore when I met him (snowboarding accident). I was extremely self-conscious and felt ugly beyond belief. I was in a bad place when we met; I was in an abusive and controlling relationship with another man and I felt I had no self-worth. I was reluctant to even open up to my closest friends, let alone a stranger I had just met…yet, he allowed me to finally be myself. I remember borrowing a pair of his long johns and his sweatshirt, grabbing two chairs and two beers, and heading out to the cold sand. I remember finally being able to talk to someone, I mean really have a conversation, that cold night on the beach.

He was down to earth, genuine, and honest. It was so refreshing to have met someone like him and really get to know him as a person. I think it said a lot that we could talk for hours about life, science, the stars above, and the beauty around us…the very first night of knowing one another. I knew in that moment that we would be great friends, and we’ve been best friends ever since! When his little white Dodge Neon pulled out of the driveway the following day, I watched it until it was only a speck in the distance.

I suddenly felt an emptiness, something I had never felt before.

I wish I could write down every memory since that day—from late night study sessions, hikes in the woods, to our first kiss—but all I know is that my life has only gotten better.  He spent all day and night helping me finish my paperwork for nationals (I was Miss North Carolina in 2011), and I know it helped me to place second runner up that July. I think one of the most important memories I have of him was that same summer. I became very sick one day, and started having extreme abdominal pain. He dropped everything he was doing, drove 45 minutes to my work, and took me to my hospital back home—about two hours away.

I underwent tests, doctor visits, needles, and more tests that week. Judah stayed by my side the whole week, cancelling his work shifts and other plans just to hold my hand and tell me it would be okay. The doctors never were able to give us a definitive answer as to what was causing me to be so sick, but the fact that Judah just was there as support meant more to me than anything in the world.

He is so thoughtful, kind, respectful, and honorable. I remember praying every night since I was a little girl for a prince to come and sweep me off my feet…and God gave me that and more.  He has been a light on my darkest days, and my best friend. I could go on and on about all the little things he does (knowing my order at Bojangles’ to a T, making sure there is conditioner and my favorite face wash at his apartment when I visit, etc.), but I think I wanted to share my story for a different reason.

I want other women (and men) out there to know that it IS possible to find someone worthy of your love. To tell you that there IS someone out there that won’t break your heart, but build you up and into a better person. I have been through so much heartache that I often don’t feel as if I deserve the love Judah shows me every day. He sacrifices, is patient, and kind at all times. I just want the readers out there to have hope and know that true love does exist, and that you DESERVE it…just be patient. I know Judah came at a time in my life when I wasn’t looking for Mr. Right, let alone another male friend. Remember the song “After the Storm” by Mumford and Sons:

“And there will come a time, you’ll see, with no more tears. And love will not break your heart, but dismiss your fears.” 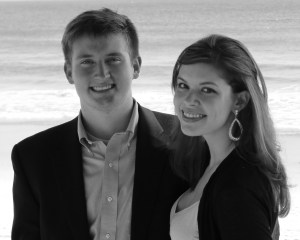 9 thoughts on “Falling in Love On Fridays: After the Storm”